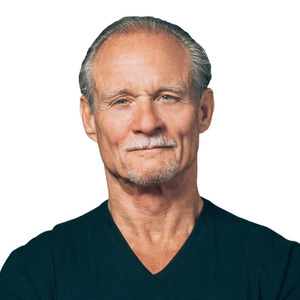 But more than that, Robert is an amazing individual.

His life goal is and has been for 40 years to encourage, help and mentor as many people as possible. He has a passion and calling to see people gain confidence and accomplish much more than they think they can.

That is why his book is entitled “Beyond Average”. Robert made a choice many years ago to not be average.

His Story is compelling:

Adopted at 3 months old from an orphanage.

He was a Special Needs child with bad ankles and feet. Growing up he wore corrective boots. Didn’t run normally until 6th Grade.

His Mother had Lupus when there wasn’t a cure. When he was in 5th grade, she broke both of her arms at the same time falling then broke her ankle. She died later in the hospital but was resuscitated.

Robert was sexually assaulted by a family friend and in Boy Scouts by the time he was 13.

He found his escape in drinking. He wrestled with poor self worth and massive self doubt.

However, he found his niche in surfing and playing Water Polo and swimming in High School.

His coaches became father figures to him. They told him he was special and talented. Robert began to believe it.

Robert lived a pretty destructive lifestyle in High School and the first 4 times he went College and University . Ironically, his father was the Presiding Judge of Orange County Ca. He was arrested by 16.

Because he loved adventure, he made his first two jumps out of a plane at 16 without his parents knowledge.

While lifeguarding at the beach, he became friends with USAF Pararescue Reservists.

They told him he was going to die if he didn’t change his lifestyle. They challenged him to train to become a Pararescueman.

Robert then asked Jesus into his life at 20.

He took the challenge as he knew he needed structure and change in his life. He stopped all partying and trained under their watchful eyes.

Robert became an Active Duty USAF Special Ops Pararescueman which is the Air Force equivalent of the Navy SEALS and Army Rangers.

He enlisted in the Air Force at the end of the Vietnam War when others were trying to get out. Everyone told him he was crazy and were disappointed in him for going in the military including his parents and girlfriend.

In Robert’s Pararescue Training Class were 150 Candidates. Only 7 graduated.

Robert was made the Team Leader of the seven. He found out that he wasn’t average.

He found purpose and fulfillment helping, saving and rescuing people as a Combat Paramedic.

He attempted a Winter Assent of Mt McKinley or Denali 1976 which had never been accomplished.

After serving in the Air Force he began a smuggling career into Eastern Europe in 1978.

He then completed Year 3 of Ironman in 1980 in Honolulu.

He is the last active Ironman today competing from Year 1, 2, or 3 in Honolulu. The next year the World Championships moved to Kona Hawaii. He did Kona in 2003.

Robert has the longest active Ironman career in the world at 43 years.

He presently is training for #13 at Ironman Florida in November .

He married and raised 5 kids.

He earned a BA Degree in Theology in 1980 and founded a non denominational church at the University of Nevada-Reno in 1981.

He became Chaplain for Football, Basketball and Baseball for 20 years.
Grew the church to 3000 members.

Appointed by two Nevada Governors to two 4 year terms on the Nevada State Judicial Ethics Committee overseeing the Judges and Attorneys in the State.

Had a weekly 1 hour Statewide Leadership Interview TV program on a Local FOX Affiliate for 24 years.

Worked with inmates in Maximum Security Prisons in California and Nevada for 20 years.

Had a one hour call in Radio talk show Program on California Angel Baseball Radio called “Get in Shape and Get a Life”.

Became Leadership and Management Consultant and Motivational Speaker for Companies in 30 nations including 15 trips to South Africa, 12 to Russia and 10 trips to China.

Sailed across the Atlantic.
Sailed the Mediterranean.
Jumped out of more planes.
Spoke over 50,000 leaders in Mexico City

Jumped the highest ( at that time ) Bungee Jump in the World in Zimbabwe Africa.
( 111 meters )

In 2018 was declared “The Fittest and Mentally Toughest 66 Year Old in the World” by Joe De Senna of Spartan Games.

In conclusion, taking on the challenges of becoming a Air Force Pararescueman, accomplishing major endurance events and finishing Ironmans has been his ticket to speaking and influencing men and women all over the world.