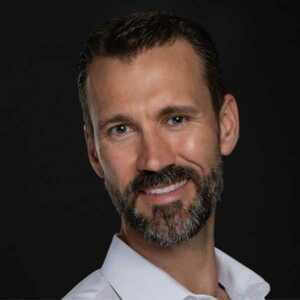 Terry grew up in San Bernardino, a suburb of Los Angeles, California. After graduating high school, he enlisted in the U.S. Military as a Navy Corpsman. He was deployed as a combat medic with the U.S. Marines and served a tour of duty in Kuwait and Iraq from 2002 to 2003. After five years of active duty, Terry received an honorable discharge.

He attended Mays Business School at Texas A&M and received the Pat Tillman Foundation Scholarship, established in the namesake of Army Ranger and NFL star player Pat Tillman, who was killed in action while serving his country. Terry earned a Bachelor of Business Administration in 2011 and completed his Master of Arts in Biblical Studies in 2020.

Terry spent over a decade in sales and marketing, and while doing so, he founded VEL INSTITUTE, a 501 (c)(3) non-profit, that helps veterans advance in life through leadership and entrepreneurship training.

In 2019, Terry wrote and published The Evolution of A Leader, a book about the principles, habits, and mindsets of the greatest leaders of all time.

In early 2020, Terry wrote and published A Dark Day in Texas, an Eli Ridge novel. He also wrote and published his third book, All My Best: A Book of Wisdom and Encouragement for a Better Life, in late 2020. Whitewashed Tomb, Terry’s fourth book and second novel in the Eli Ridge series will be published in the Fall of 2021.

Terry was selected as the lead actor in the forthcoming eight-episode television series, Breaking Strongholds, which is being filmed in Montgomery, Texas.

Terry is happily married. He and his wife Chelley have four children and live in a suburb of Houston Texas. His life mission is to inspire those he loves and the world through his faith, creativity, and writing. Learn more about Terry at www.terryweaverbooks.com